Sunshine Communities celebrates Michael Ann Feldkircher and Peter James, stars of two of ten films in the 2017 CommUNITY Film Fest. The event celebrates the diversity of talents and gifts of men, women and children with developmental disabilities.

Days before the event, Michael Ann took time out from her work on Sunshine’s laundry crew to promote the Film Fest with producer Vivian Schouten on WTOL- Channel 11.  And on event night, Peter James, an artist at Sunshine Studios, was honored in the fiction category for his portrayal of Ren HalfTail. 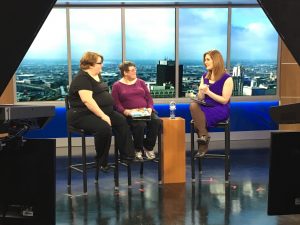 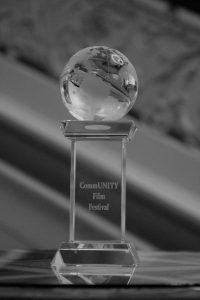 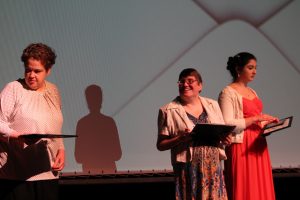 Taking the stage after her film premiere. 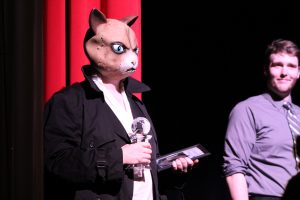 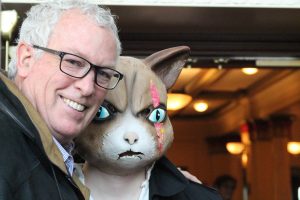 Peter James was nowhere to be found at the event. Ren Halftail made an appearance instead. 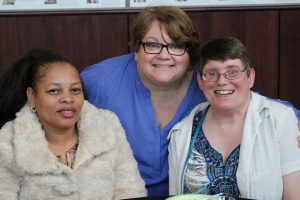 Celebrating after the award ceremony. 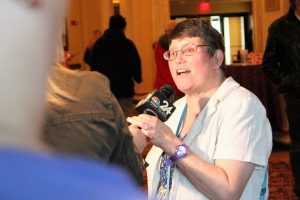 Michael Ann is a natural! 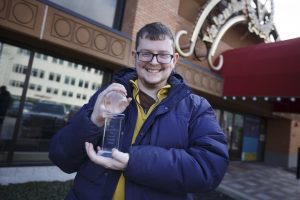 Peter James outside the Valentine Theatre with his honor. 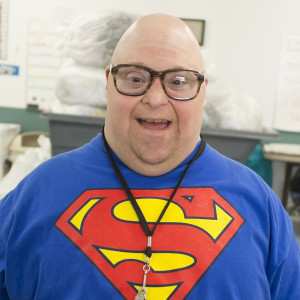 Sunshine in the News